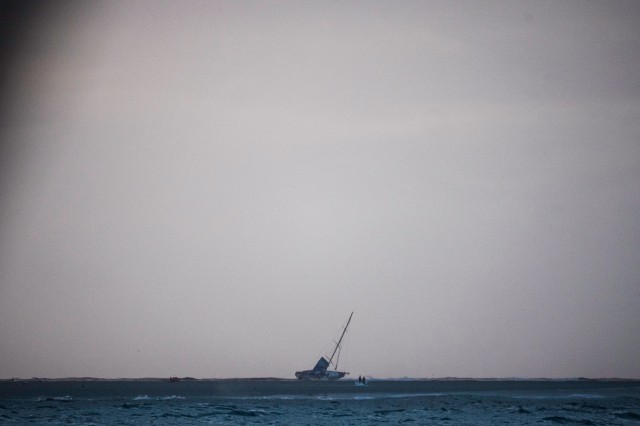 ALICANTE, Spain, November 30 – Team Vestas Wind crew were rescued in the small hours of Sunday morning after the Danish team's Volvo Ocean Race boat was grounded on a reef in the Indian Ocean, forcing them to abandon it.

All nine members of the team were uninjured in the drama, which unfolded from 1510 UTC on Saturday when their Volvo Ocean 65 hit the reef in Cargados Carajos Shoals, Mauritius.

For several hours, the crew stayed onboard their stricken vessel whose stern was being beaten badly by the waves as it was stuck fast in the reef with the bow facing the ocean.

The rudders were broken in the collision and the stern began taking on water although the stern compartment was locked tight.

Finally, around midnight, the team led by skipper Chris Nicholson (AUS) abandoned the boat and then waded, knee-deep through the sea to a dry spot on the reef from where they could be rescued by a coastguard RIB at daybreak at around 0230 UTC.

They were transported to the tiny islet of Íle du Sud, part of Cargados Carajos Shoals, which is also known as St. Brandon and situated some 430 kilometres to the north-east of Mauritius.

Race organisers and Team Vestas Wind will now attempt to take them from there to the mainland. Race Control in Alicante, Spain kept the Maritime Rescue Co-Operation Centre (MRCC) informed throughout the incident.

Team Vestas Wind’s rival race crew, Team Alvimedica (Charlie Enright/USA), diverted to assist in a rescue mission if necessary but were eventually cleared to continue racing north after it was apparent that the Vestas crew were no longer in danger.

Navigator Will Oxley (AUS) sent this report from Team Alvimedica: “All is well on board, though it is fair to say we are all shattered and quite emotional about what happened.

“We are really pleased we were able to be of assistance and that the crew of Team Vestas Wind are all well and we look forward to a beer with them as soon as possible.”

The Danish team’s concern now will be a salvage mission for their boat but it was not immediately clear how much damage the incident had caused.

Knut Frostad, Volvo Ocean Race CEO, said it was also not yet known why Nicholson’s crew had hit the reef, but this would be examined in due course.

“I’m extremely relieved that every one of the nine crew members now are safe and that nobody is injured,” he said. “That has always been our first priority since we first learned about the grounding.

“At the same time, I’m deeply saddened that this happened to Team Vestas Wind and Chris Nicholson and his team. It’s devastating for the team, for the race and for everyone involved. I really feel for Chris and the team right now and we will continue to support them all the way going forward.”

Team Vestas Wind was the last of the seven crews to announce their participation in the race with just six weeks to go before the event began in Alicante on October 4.

However, Nicholson, who was second on Camper and Puma in the last two editions, assembled an experienced crew backed by talented young sailors from Denmark.

They were fifth when the boat was grounded and were fourth in the opening leg from Spain to Cape Town.

“The safety and wellbeing of the crew has been our only concern during these difficult hours,” said Morten Albaek, CEO of Vestas Wind Ocean Racing.

“We are extremely grateful to the team at Volvo Ocean Race and to Alvimedica for their support and outstanding professionalism during the rescue operations. The extent of the damage to the boat will be evaluated and dealt with from here on.”

Meanwhile, Leg 1 winners Abu Dhabi Ocean Racing (Ian Walker/GBR) took the second stage lead from Spanish rivals MAPFRE (Iker Martínez/ESP) by 0340 UTC on Sunday with Team Brunel in third. But this was not a day when lead changes seemed important at all. 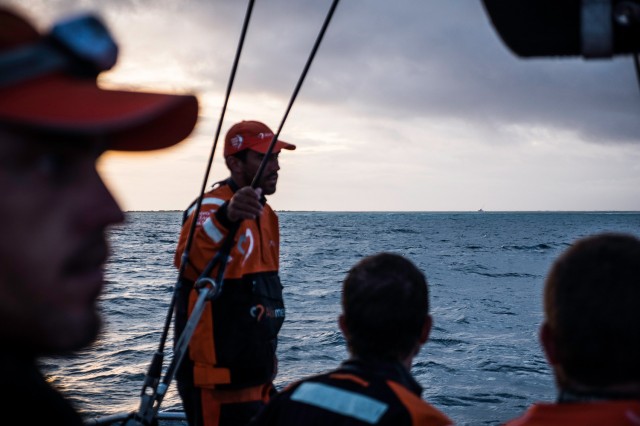 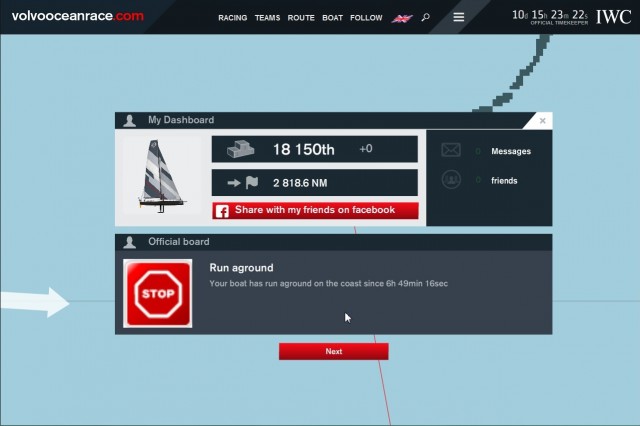 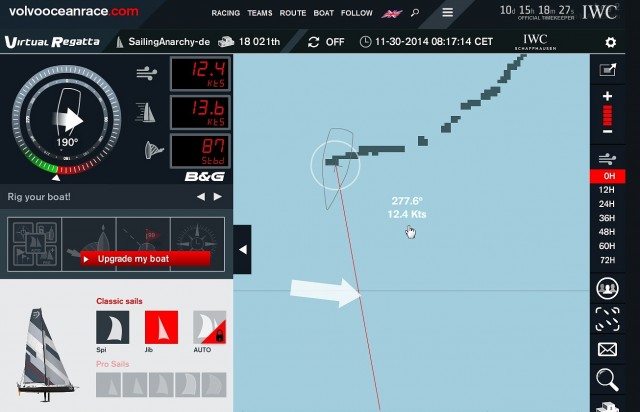 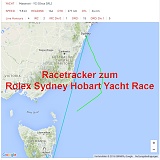